It’s almost that time and I’m happy to say I live in Houston for the upcoming Super Bowl LI. Whether you are rooting for the Patriots or the Falcons, at the end of the day, the better conditioned and mentally prepared team will win. 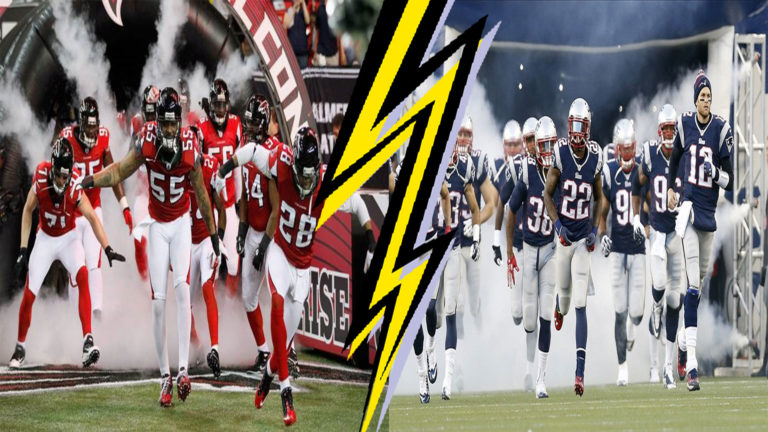 While looking at both sides though, these are gentleman at the top of the physique ladder for their positions and train daily to keep it. But what exactly do you have to do to hope to match the workouts of the NFL? Here are 5 ways that you can do this on your own and prepare for having a Super Bowl of your own.

5) Work your legs as much as your arms (if not more) – A common misconception about football is that the arms and hands are the single most important element of any scrimmage. However, most of the tackling and pushing power actually comes from, you guessed it, legs! To really perform correctly as an offensive lineman, you will have to do a base of 405lbs on squats per set. That’s right, not a max out weight but your rep weight. The reasoning is that your explosive speed and power comes from that lower center of gravity. So to hit like the big boys do, hit the legs first.

4) Stretch Daily – I have mentioned the importance of stretching before and every professional athlete (even outside of the NFL) are required to do rigorous stretching before every practice AND game. The sport of football is a physically intensive one with no telling where a tackle will catch you. Having this extra looseness in your joints helps prevent injury and also helps you make spectacular plays that you would have never thought to. Stretching daily before and after a workout should already be part of your routine but to be in the super bowl, it is REQUIRED.

3) There isn’t any real off season – We’ve seen some players come back from the “off season” and not doing great while others have returned and been better than before. This is because, even though we don’t see them on TV, a smart football program keeps the players running, working, and exercising as much as they can handle. Keeping your routine year round (no breaks during Christmas) help your body maintain its performance level.

2) Cardio Cardio Cardio – Most stars you’re going to watch in the Super Bowl this weekend will be playing anywhere from 30 minutes to an hour. While that doesn’t sound like a long time, imagine running full speed for an hour, having a truck hit you, getting up and running full speed again in the span of 30 seconds at a time. The amount of aerobic conditioning these players go through is staggering but pays off when that 2 minute warning sounds and they’re still as efficent as they were at the start of the game. This level of conditioning requires constant cardio work and focus on proper breathing. In the end, it comes down to mental fortitude so if you have that, then you’re already half way there!

1) Even NFL Players need rest – As the body master himself will tell you time and time again, getting and staying fit requires time for your body to actually recover and build on the work you did. Sure you can tear out your muscles every single day but NFL players who do this for a living, have a curfew on when they go to sleep to ensure they can keep their performance as high as possible.

The NFL has a strict regiment but what it really means is discipline above all else to ensure your body responds the way you want it to as well as when you need it to. Conditioning, strong leg strength, and rest are the most important staples and all that comes together this weekend in Super Bowl LI. It’s a great time to be a Houstonian and if training like an NFL player sounds fun to you, why not sign up for a free analysis!

Until next time, think healthy, be healthy!