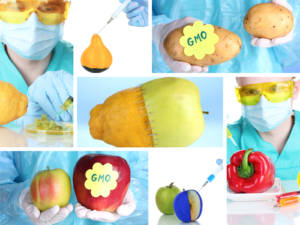 What are GMO foods – A controversial topic

Let’s take a quick look at what many scientists insist are generally safe and what some consumers consider “Frankenfoods.”

What Are Genetically Modified Foods?

Genetically modified (GM) foods are foods that have had their DNA altered by modern biotechnology or genetic engineering. These processes allow the transfer of individual genes from one organism into another (hence the term GMOs–genetically modified organisms).

Because there is significant debate regarding the safety and value of GMs, there has also been fierce debate over whether or not the United States should require that label of these foods to disclose they were modified. Biotechnology company Monsanto has backed legislation that could establish a National Law for Voluntary Disclosure of Genetically Engineered Foods. Critics of the bill say that it is anti-consumer and began a petition to reject the bill. And, so goes the argument.

What Are Some Examples of the Benefits and Risks?

These foods perceived numerous benefits and risks. For example, the World Health Organization notes that one of the objectives for developing plants based on GM organisms is to improve crop protection. By incorporating the gene for toxin production from the bacterium Bacillus thuringiensis (Bt) into a food plant, it achieves resistance against insects.

Crops such as golden rice are the product of biotechnology and offer higher nutritional value than their natural alternatives.

On the other hand, many people are concerned that GM foods may have the potential to provoke negative health outcomes such as allergic reactions.

What Role will GM Foods Play in Your Life?

It’s likely you’re already consuming GM foods. You could be fine with that and rest easy at night, or maybe it’s unsettling to you. You are your most powerful advocate. So take some time to learn more about this topic, and let us know in the comment section what you think about GM foods and labeling. If you would like to see us do the deep-dive into the research for you, please let us know that in the comment section as well.