Slap on a patch, take a pill or go under the knife. These days, people want an easy, instant fix to their weight gain. While gaining weight creates all sorts of health problems, what the snake oil people are willing to take to make the weight go away is outrageous. Along those lines are the bevy of weight loss programs being touted by everyone from self-professed weight loss gurus, such as Robert Atkins or Elizabeth Gibaud, to celebrities like Beyonce and the Master Cleanse and Madonna with the infamous “air diet,” reported by US News and World Report. But could it be possible that uber popular weight loss programs, like Jenny Craig or SlimFast, could actually work? Turns out, maybe. Then again, you could just eat clean and exercise for better results.

Study of the Efficacy of Commercial Weight-Loss Programs

According to a recent study published in the Annals of Internal Medicine, the John Hopkins University of School of Medicine was host to a study by Dr. Kimberly A. Gudzune that found the answer to this age-old question. Of more than 10 programs scrutinized in this study, only two showed scientific evidence that they do the trick. For those dieters prescribed to Jenny Craig and Weight Watchers, you stand the greatest chance of actually losing and maintaining long-term weight loss in comparison to other weight loss programs. Here’s the kicker, though. These results are only slightly better than what you would do if you were to follow your own diet.

Another concern of high-intensity weight loss programs including Jenny Craig, Weight Watchers and NutriSystem is the work involved in maintaining the program. You are set up with a consultant who works with you one-on-one, for a fee, to set ongoing goals. You have to monitor your food and nutritional intake, such as through the insane Weight Watchers’ point system. With Weight Watchers you have to go into a public place and weigh yourself periodically. While Jenny Craig requires you to eat packaged, processed meals that, you guessed it, cost a pretty penny. There has to be a better weigh, ahem, way to deal with excessive weight.

If you are one of the millions of Americans who want to lose weight, feel better, look sexier and get healthier, there is a long-term solution. No, you won’t have to take a pill or stick on a weight loss patch. According to the Mayo Clinic the formula for weight loss is simple: eat fewer calories than you burn. It must be noted that there is, in fact, a Mayo Clinic Diet, which is an online diet subscription program that follows the high-intensity weight loss formulas of Jenny Craig and the other diet programs out there. 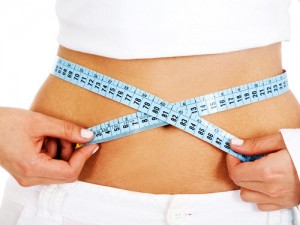 The problem is that this formula is much, much, much easier to read than implement. Thanks to food cravings, as noted by Active, you might be suffering from a magnesium deficiency, which makes you ready to kill for a nibble of chocolate, or an iron deficiency causing you to have red meat cravings of a lion. If you are a female, then you understand the monthly fluctuations of hormones including estrogen and serotonin that leave you lagging and with a lowered metabolism during your evolution phase. So what is the deal? How can you manage healthy weight loss?

One of the most effective methods for maintaining health while losing excess weight is via the clean eating method. As reported by Time Health, clean eating involves a set of principles:

Healthy eating has a three-fold effect. When you eat healthy foods, you feel better on the inside, your skin glows on the outside, and your mood is boost causing your personality to sparkle. If you want to make the most of your health, skip the costly consequences of depending on pop culture weight loss programs. Fad diets fade. Stick with something that will keep you healthy, happy and in peak performance. By choosing the clean eating method you are eating real foods, not worrying about counting calories, and fueling your body with what you should eat.

Exercising for a Cleaner You

In addition to eating clean, take on a regular exercise routine. You will boost your happy hormones, aka endorphins, while reducing cortisol, that hormone causing your midsection’s spare tire. Exercise will also help you lose weight naturally by amping up the amount of energy you are spending each day. With a well regimented exercise plan combined with clean eating you can withstand long-term weight loss without having to depend on someone named Jenny C. or counting points on packaged foods.